Hello from Sudbury, Ontario, Canada and welcome to the latest music and information about Canadian singer-songwriter, Kassie Tyers.

Kassie Tyers is a singer-songwriter from Sudbury, Ontario, Canada whose pure voice and honest lyrics form an instant connection with her audiences. A performer since her first solo at a school concert in Grade 5, Kassie Tyers has connected with audiences from coast to coast across Canada, into the U.S. and internationally in Costa Rica and the Dominican Republic. Her New Year’s Eve performance in Cuba had the audience spellbound.

Kassie Tyers is a singer-songwriter with a mission. Her songs tell stories of life, love, connection and the human need to belong. She sings from the heart with messages of hope and inner peace. This is music that touches the heart.

“It has been a joy to hear from people who have told me that my music kept them alive. It gave them hope in a dark place and peace when they needed it most.”

Kassie Tyers sings with the voice of a friend, delivering the truth of her convictions with compassion gained through experience.

“A lot of what I write comes from my observations, experiences and the feelings associated with those experiences. If I have been hurt, I may sit on it for a while but when I pick up my guitar, it will all come to the surface so I can share what I have felt and learned with others. The same is true with happiness. The song “Manitoulin” is about my Nana’s cottage and how much I love it there. I love my talks with my Nana. She inspires me often and has inspired quite a few of my songs.”

A singer, songwriter and speaker, Kassie Tyers spent three years touring with Beautiful Unique Girl, singing and inspiring pre-teen and teenage girls with songs and stories of inner beauty, a healthy self-image and freedom. Her sincerity and honesty touched the hearts and minds of audiences across Canada and into the United States.

Since her self-titled first album, “Kassie Tyers”, with Avante Records in 2008, Kassie has recorded and released “Sing You To Sleep” in 2010 and her third album, “Blue Socks” in 2014. 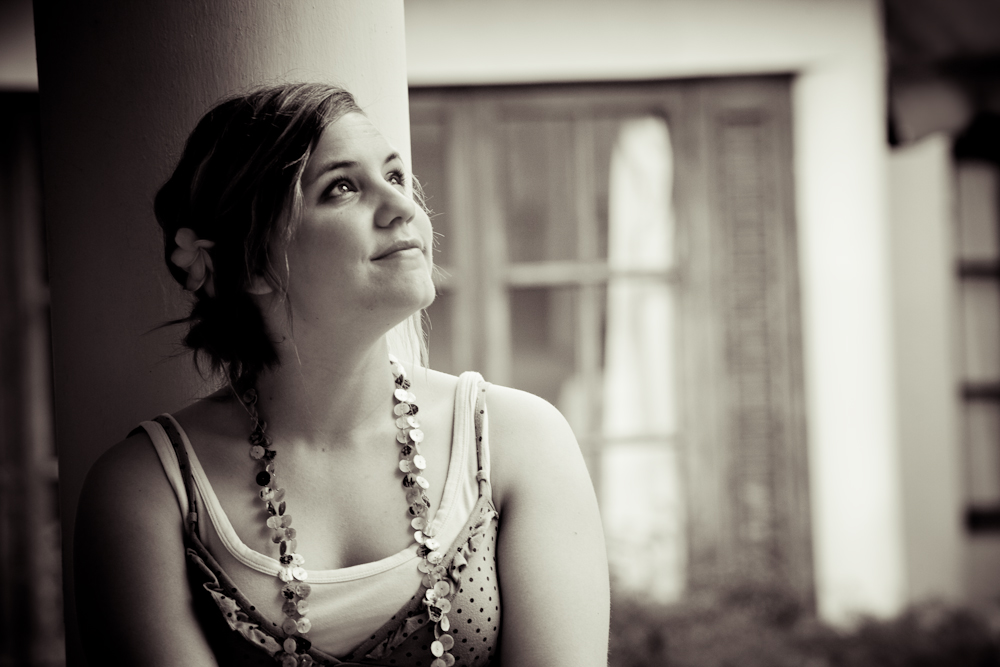 Kassie Tyers is a five-time nominee at the Canadian Music Covenant Awards. This Canadian singer-songwriter from Sudbury, Ontario has already been recognized for:

On her albums and during her concerts, Kassie Tyers is particularly fond of performing music to comfort and inspire children.

“The more that I sing to kids, the more I like it. I can be my goofy self and tell jokes and they’ll almost always laugh. There’s not much of a barrier with children. It’s fun and it’s so easy to get through to them with music.”

Whether she is in the recording studio in Sudbury or in concert in Canada, the U.S. and internationally, Kassie Tyers delivers messages of hope intended to inspire, by reminding all who listen that there is a deeper truth to each of our lives.

BACK TO HOME PAGE