Kassie Tyers was born and raised in Sudbury, Ontario, Canada. Performing since a school concert solo in Grade 5, Kassie Tyers is a singer-songwriter and speaker who connects with music on a deep level and shares that connection with others. Her love of music was noticed early and nurtured at home by her mother, a piano and vocal teacher.

“When I was five years old, I heard Canon in D by Pachelbel performed at a wedding in my hometown of Sudbury, Ontario, Canada. I went home and began to play the song by ear on our piano. That’s when I first started piano lessons.”

By Grade 7, Kassie Tyers had discovered the bass guitar and knew she had found her instrument. She followed that with an electric guitar a couple of years later and started a rock-punk band before entering high school. In search of her own musical groove, Kassie picked up the acoustic guitar in Grade 12 and started writing her own music. A singer-songwriter before she had finished high school, Kassie Tyers performed anywhere she could – at school, in church and at local coffee shops. Throughout her school years, music was her focus and her outlet. It was a way to fully experience life and connect with others.

“Music allows me to capture snippets or chunks of my life as a memory. A song may be about someone I met or something I experienced many years ago. When I listen to the song now, I can be right back in that moment. I’ll remember writing the song and feeling the lyrics. Sometimes, five years after I write a song, the lyrics will hit me on a whole different level. I think music does that to a lot of people.”

Kassie Tyers' three-year tour with Beautiful Unique Girl took her across Canada and into the United States to sing and share stories about self-worth, inner beauty and freedom with pre-teen and teenage girls. She has also shared her musical messages of hope and peace with audiences from children to seniors in Costa Rica, the Dominican Republic and Cuba.

“For a singer-songwriter from Sudbury, Ontario, performing across Canada, in the U.S. and internationally has given me amazing opportunities to meet real people with real lives and real stories. Performing is about connection….and that is a two-way experience.”

Since her self-titled first album, “Kassie Tyers”, with Avante Records in 2008, Kassie recorded and released “Sing You To Sleep” in 2010 and her third album, “Blue Socks” in 2014.

Kassie Tyers is a five-time nominee at the Canadian Music Covenant Awards. This Canadian singer-songwriter from Sudbury, Ontario has been recognized for:

“Music just flows through me. It comes naturally and I am very grateful.”

Kassie Tyers has been on several mission trips with Summit Bible College and Beautiful Unique Girl, where she offered her gifts of songs and connection, organized children’s activities and helped with painting and construction projects. She is also an enthusiastic local volunteer. Kassie Tyers loves to sing at schools, churches, weddings, fundraisers and community events. A born tomboy, Kassie Tyers is equally at home on a dirt bike trail or in a motocross race and she loves anything pumpkin-flavoured.

Kassie just finished a one month tour to western Canada on her motorcycle called Hope Sing Ride with her guitar on the back of her motorcycle. Her 7 year dream coming true!

To hear and order the music of Kassie Tyers, visit her Music page.  For a schedule of her upcoming events, visit her Tour Dates page. 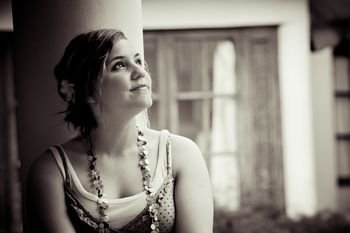 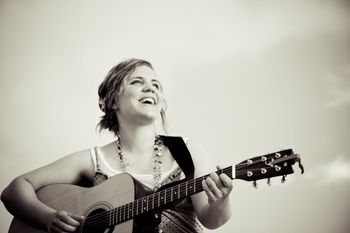 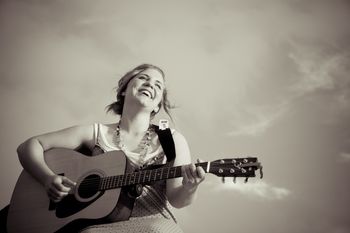 Kassie Tyers is a Canadian singer-songwriter from Sudbury, Ontario, Canada, with an acoustic-pop, easy listening, folk-singer style of music and performing. Her songs tell stories of life, love, connection and the human need to belong. Kassie sings from the heart with messages of hope and inner peace. This is music that touches the heart.